The UK government launched its 26th offshore oil and gas licensing round last week. The round includes new “Frontier” licences, with an extended nine-year exploration term, as well as some new tax breaks to stimulate activity. Blocks are being offered in all UK territorial waters for the first time in 12 years.

It’s a massive round, with 2818 blocks on offer. But here’s the catch – submissions for the round must be received by April 28th 2010. So, as head of Exploration in your organisation you go home at night and try to draw up a plan… A quick peak at your calendar tells you there are 64 working days between the round announcement and the deadline. Add in a few weekends and some overtime and that’s around 2800 blocks in 80 days, as Jules Verne might say. 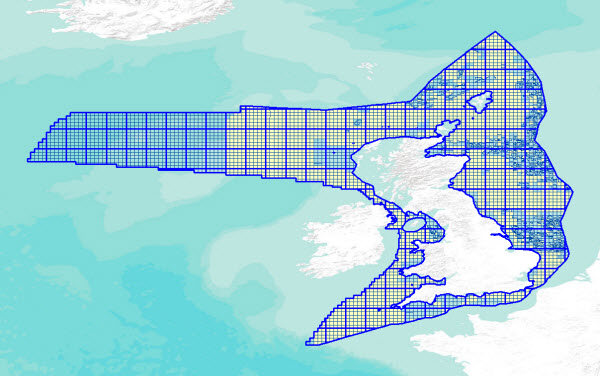 You have already been working on suspected 26th round blocks for the last x months in your core area, and you’re already well on your way to preparing this application.  So you can ignore those 300 blocks for now. You’ve also made a strategic call not to explore in a couple of high risk areas, which enables you to ignore another 1000 blocks. Great – this is easy!

For the frontier blocks you want at least 15 days to prepare and write your application (although that’s a bit light, but hey, the outsourced drafting guys are really good and you can touch type at 60wpm). You also want a further 20 days to generate some prospects in these non-core areas before you write-up.

According to your plan you now have 45 days to look at 1518 blocks. By any calculation that’s a tough ask. You have a team of 3 exploration geoscientists champing at the bit, but the next morning you call a meeting. “Guys -“, you tell them, “there’s no way we can do it – you’d each need to make a call on 12 blocks every day for the next 7 weeks, as well as complete the work on our core areas!” You decide not to mention that this would also mean working weekends, and so you to stick to the stuff you already have a good understanding of.

Little wonder then that Hannon Westwood are already speculating that “existing majors and super-majors will make only very selective applications in existing core areas”, despite estimated un-risked potential reserves of 35 billion boe across the 26th round acreage.

If only there was a way to rank all the blocks based on all your available data that wasn’t really time consuming. Say, in a just few days.

At Exprodat we see GIS as a key component for supporting and improving the Exploration process, including risk assessment, opportunity screening and ranking. As such we’ve commercialised some tools that enable users to do just that. One such tool is Exploration Analyst, which allows users to rapidly rank petroleum opportunities (such as license blocks) based on multi-source, multi-disciplinary data.

On announcement of the round I decided to run a little test. I took the list of blocks on offer from the DECC website and put them into ArcGIS Desktop (that’s the map you can see above, with the 26th round blocks shaded light yellow). I then added some input data layers, such as facilities, pipelines, play YTFs, reservoir presence, etc. and ran an analysis using Exploration Analyst.

OK, I had to make up some of the input data, like play YTFs (so don’t look too closely at the results), but it took less than 5 minutes to run. 5 minutes! All I then had to do was score the results based on my assumptions of prospectivity. That process took a whole 15 seconds.

So, with the early screening work now done (see map below), I still have 63 days to look at the best areas in detail and start generating prospects, with the added bonus that no-one is working weekends. 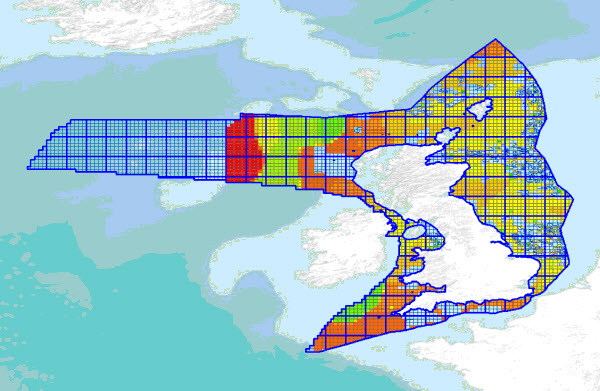 Hopefully you can see that an Exploration department using this kind of technology can gain a considerable ‘jump’ on the opposition, not just by focussing on superior areas much earlier in the round application process, but also by making accurate data-driven decisions rather than relying on “geo-hunch” or conforming to historic corporate behaviour.