Most geologists like a nice geological block diagram and it is relatively easy to create one for presentations using a combination of GIS and a graphics application. I last created one way back in college (16 years ago!) using a combination of PCI satellite image processing software and CorelDRAW (a popular graphics application). So I started thinking about recreating the workflow using ArcGIS and a more up-to-date version of CorelDRAW.

Choosing an Area of Interest

I selected a well-known location that has lots of publicly available information available about it – the Wytch Farm oil field. Wytch Farm is an oil field and processing facility in the Purbeck district of Dorset, England. It is the largest onshore oil field in Western Europe. It is located on Wytch Heath on the southern shore of Poole Harbour, two miles (3 km) north of Corfe Castle. Oil and natural gas (methane) are both exported by pipeline; liquefied petroleum gas is exported by road tanker. (1)

Freely available elevation data in the form of 250m SRTM tiles can be downloaded from the CGIAR website and historical archived Landsat imagery is available from the USGS Global Visualisation Viewer website. 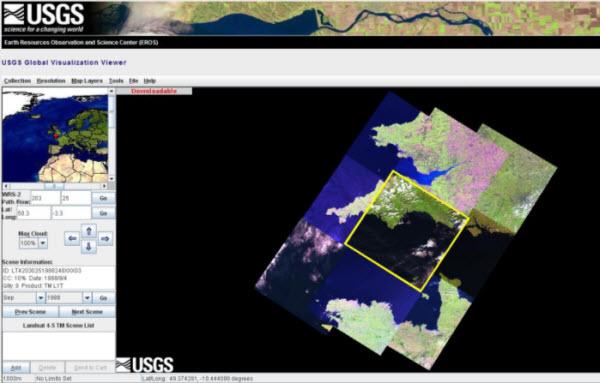 Processing the Images in ArcGIS

Both the SRTM and Landsat image covered an area far larger than the area of interest. 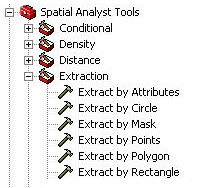 I displayed the Landsat image in ArcMap with a false colour composite using bands 5,4,3 (Near infrared as red, red as green and green as blue) as this enhances bare soil and urban areas – making them look pink in the image, but keeping the vegetation green.

To get a good effect in ArcScene the spatial resolution of the SRTM image needed to be recalculated from 250m to 30m to match the Landsat image using “ArcToolbox > Spatial Analysis Tools > Neighbourhood > Filter”. I set the “Filter type (optional)” to ‘High’ pass filter and in the “Environment Settings > General Settings” set the “XY Resolution” to ‘30’ ‘Metres’.

The next step was to drape the clipped Landsat image over the SRTM image to produce the surface terrain effect in perspective. To do this I used the 3D Analyst Extension (plug-in) for ArcMap and loaded both the clipped Landsat and clipped SRTM image into ArcScene. Next I set the display properties of the Landsat image to use the vertical data of the SRTM image for the drape: “Layer Properties > Base Heights > Obtain heights for layer from surface”.

The default display was a bit blocky, so I improved the display by setting the rendering to highest quality using “Layer Properties > Rendering > Quality enhancement for raster images > moved the slider to ‘highest’”. This created a much better result which was then exported as a jpg file. 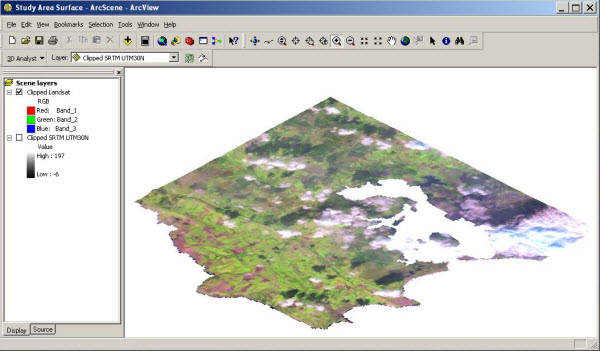 The tif file was first opened in CorelDRAW and prepared with guidelines to create the block diagram shape.

Next using the North-South geological cross section diagram found on the Internet, I created polygons on the sides to give the appearance of the block diagram. Then the process of drawing the lines, copying and converting to polygons to fill each stratum was done. This took some time!

Some useful techniques in CorelDRAW are to lock unused features temporarily to stop them being selected and also to copy then move lines to an “assembly area” off the page where they can be combined, joined and then auto-closed with a temporary colour to create the fill, before moving back on to the page. An example of a polygon being node edited in the assembly area is shown below:

One nice touch was to make a small custom symbol in CorelDRAW that is recognisable as an oil facility for the location of the site (the actual drilling platform is on an island in Poole Harbour, but I used the symbol for the onshore facility). The last step was to export as a high resolution jpg to create a block diagram suitable for presentation work. 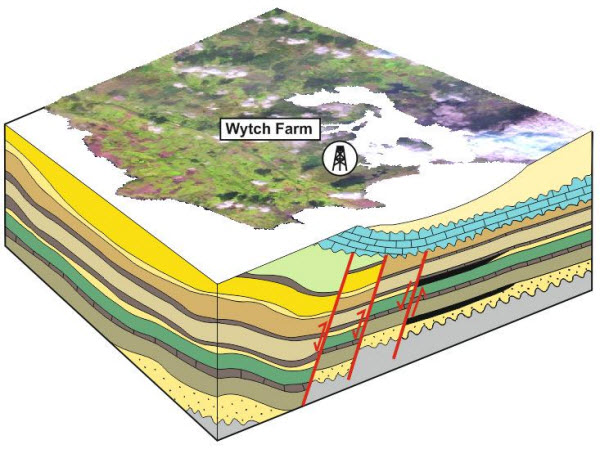 I should say here that this is my artistic interpretation in 3D from a 2D North-South geological cross section and this may be inaccurate!