The 2017 Esri User Conference (UC) gets underway in San Diego next week, and Esri has released its annual UC Q&A.  The Q&A sets the scene for the UC, provides information about Esri’s strategy and also answers common questions about Esri’s products and services.

There are over 300 questions in the Q&A so, to save you a little time, here are some highlights I’ve picked out that I think might be of interest for our customers in the Petroleum and other Natural Resources sectors. 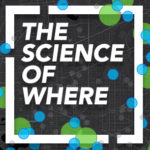 Unsurprisingly, the theme of this year’s UC is “Applying the Science of Where“, following Esri’s much publicised latest marketing brand. Esri says the “Science of Where” phrase is “designed to capture and communicate, in a few words, the applications of geographic science using GIS technology. It’s about applying a data-driven approach that uses geography to unlock understanding.”

The Q&A goes on to highlight some “usage trends” and “big ideas” that they are seeing – these are likely to continue to be key planks of Esri’s strategy, alongside its existing commitments to the ArcGIS Platform:

In terms of R&D the Q&A reveals that Esri has several research projects underway with Microsoft and IBM:

Esri also has its eyes on the Augmented Reality (AR), Virtual Reality (VR), and Mixed Reality (MR) technologies. One of the first results of this is the recently released Esri Labs app AuGeo – this allows users to explore the possibilities of using ArcGIS data in an augmented reality experience on a typical mobile phone.  Early days for Esri in AR, VR and MR, but watch this space.

Looking further forward Esri will be continuing its efforts to break up its product stack into smaller components, following the Microservices philosophy – this has emerged over the last few years as an approach for developing a suite of small services each running its own process and communicating with a centralized management framework for these services. ArcGIS Enterprise was recently (@ ArcGIS 10.5) re-engineered to support distributed services and can now be much more easily scaled.

One of the big headlines for me from this Q&A is that Esri have stated categorically that ArcGIS Pro will replace ArcMap – although don’t panic, Esri is clear that ArcMap will be supported for many years to come.  Elsewhere there is an intriguing statement that ArcGIS Pro 2.0 “will provide the foundation for the implementation of the mapping and charting solution applications from Esri later this year and early next”. Hopefully this means a step-forward for Pro’s charting capabilities – which so far are quite basic. 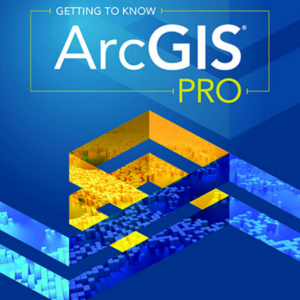 On licensing, Esri announce that they will soon be introducing “named user” licensing for ArcMap, and that concurrent use licensing for ArcGIS Desktop is effectively ending – but again, fear not, if you purchased your concurrent licenses before Jan 1st 2017 then you can continue to use these or take advantage of an offer to upgrade 1 concurrent to 3 named users.

ArcMap 10.5.1 has just been released – from the Q&A it looks as though this mostly contains fixes for non-English language version issues.

As you’d expect, as the key release of 10.5, ArcGIS Enterprise features strongly in the Q&A – Esri reminding everyone that this is not just a name change but “a fundamental re-architecting of server software to shift from a focus on not just web services, but a full modern GIS that supports connected desktops, mobile apps, and a powerful browser-based GIS” (see comments on microservices above).

ArcGIS Online has had 4 releases in the last year, with lots of enhancements, including support for OGC services.  In terms of the roadmap Esri confirm that they are working on the ability to create Group layers in ArcGIS Online. The latest release of ArcGIS Online includes the removal of the 5 named user minimum limit, so you can now buy exactly the number of licenses you need. Esri also noted that the cost of credits has essentially been decreasing over time, as they’ve optimised their usage & pricing models.

One thing I wasn’t aware of was the ability to upgrade your ArcGIS Online to use a premium feature data store. This allows you to use dedicated resources rather than sharing with other organisations – this effectively increases and guarantees performance, which can be useful in a number of scenarios.

Last year at the 2016 User Conference, Esri announced a multi-year partnership with DigitalGlobe to update large parts of its World Imagery map with latest available DigitalGlobe imagery. In the past year, Esri has updated over 90 million square kilometres of imagery around the world with imagery from DigitalGlobe and other sources.  As some of those updates (e.g. Western Europe) have areas with unwanted cloud coverage, Esri has recently released a new view of the World Imagery map that has been optimized for clarity rather than currency.

Elsewhere in the current technology stack – there will be a new Explorer for ArcGIS coming that supports offline maps; in the future Navigator will support using pre-planned routes that were created in Desktop, Enterprise and Online; and it looks as though the end of the road has come for ArcPad.

Along with other sectors, Esri picked out some key trends currently affecting the Petroleum market, which unsurprisingly were quite similar to last year.

While Esri’s drive to improve and add to its COTS software continue to help the industry “do more with less”, it also highlights the work of the PUG and its partner ecosystem to add value to the stack. We’re proud to be name-checked in the Q&A as a good partner for our work with ArcGIS Marketplace.

If you’re coming to the UC, do visit Exprodat and other Esri partners at the Petroleum and Mining User Group social on Tuesday 28st July, starting at 6pm on the Coronado Terrace of the Marriott Hotel, San Diego.