As if running a GIS business wasn’t hard enough work, I recently signed up for a part-time MSc course, run by UNIGIS. One of the fun things about a course like this is that it takes you in to areas you wouldn’t normally venture.

One of the exercises I’ve just completed was to identify potential landfill sites on the Wirral Peninsula, in North West England. We were given a variety of data sets and references to some legislation documentation on the subject, and told to produce a map to support our findings. The extremely simplistic and selective workflow I developed is shown below. 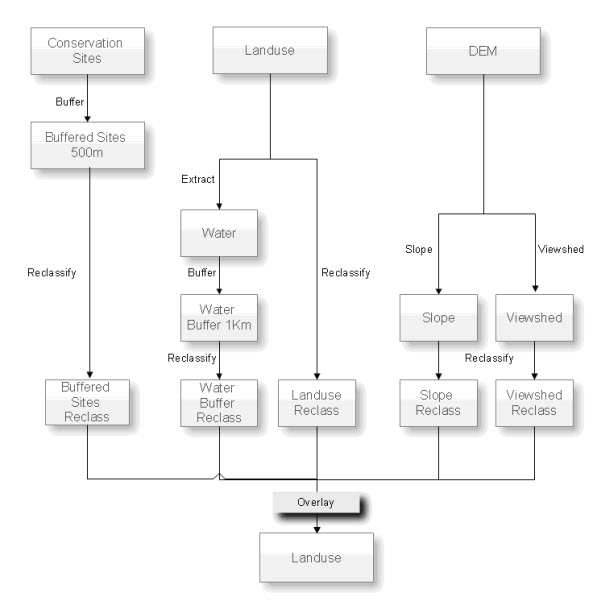 A number of things struck me about this exercise, and I thought it would be interesting to compare the process with something similar in the E&P business, selecting acreage opportunities. Both processes potentially use an enormous amount of data to come to an ‘answer’, albeit of totally different types. Both have a significant financial risk associated with making a wrong decision. The outputs even look the same; the sort of red/green traffic light map displays we’re used to seeing in the E&P industry.

However, the differences between them are more interesting to me. I was struck (and vaguely reassured) by the amount of process and legislation that need to be adhered to when locating landfill sites. And if anything, there is even more data to take in to account in making a landfill site decision than there is in the E&P business. The environmental sensitivities through the impact on people’s lives, wildlife, possible ground contamination, etc. require the process be subjected to the most detailed of scrutiny. Detailed network analysis is required to position them just the right distance from infrastructure. Processes need to be consistent, repeatable and documented to pass the many gates to planning acceptance.

Compare this with Exploration decision making. In my experience, most decisions are made based largely on personal and historical biases, selective data analysis and variable levels of peer review. The processes used to get from raw Exploration data to selection of acreage are often highly variable, between individuals as well as assets. Even the same person is unlikely to do it the same way twice! Audit trails often exist only as PowerPoint presentations, if at all. Sure, there are legal, environmental and commercial constraints that are adhered to, but this rigour often doesn’t extend to the Exploration team. The outcome in the Exploration case may be slightly different in that it doesn’t always impact people’s lives in the same way a landfill site might. But it does commit the company to potentially enormous financial commitments.

At Exprodat, we provide GIS software and training specifically targeted at Exploration, to help companies to standardise processes in the same way as is required in other industries. So often when we talk to clients their response is that ‘we don’t have set ways of doing this’. It seems to be accepted in the E&P business that it’s pretty much OK for geoscientists to work under very loose constraints to facilitate fresh insights. The concept of ‘interpretation’ in Exploration holds sway, compared to, say, ‘data analysis’ in the landfill example. This seems to provide the geoscientist with several degrees of freedom in their approach that those working in the public sector don’t seem to have.  I wonder what the impact would be if Exploration geoscientists were asked to select landfill sites instead! 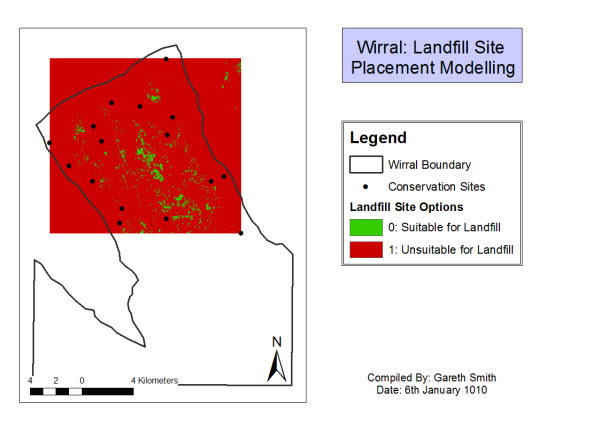