One of the capabilities introduced to ArcGIS Pro 2.7 is Layer and Feature Blending. This is something that will be familiar to anyone who has used photo editing software, such as Adobe Photoshop.

Blending presents a variety of new options for visualization, and so Layer blending can be especially useful for displaying raster data and hillshading.

Another possibility is to use blending for quick pass change detection. With blending there is no requirement to perform analysis to generate new features, so it provides a fast method for finding changes by eye. The only requirement is to have temporal copies of your data.

For this example, I am using the UK oil leases from OGA for January and February 2021. This data provides a nice example as there are a fair number of additions and a few removals between the two datasets.

Even putting the data in maps side–by–side there is a notable difference in the number of new areas for February. Before layer blending was added, it was possible to do a similar process using transparency.

In the example below, the February data is placed above the January data and has been given a transparency of 50%. This results in the blue, green and yellow colours. However, the green and yellow appear quite washed–out so they could be difficult to see if you have other coloured layers in your map. 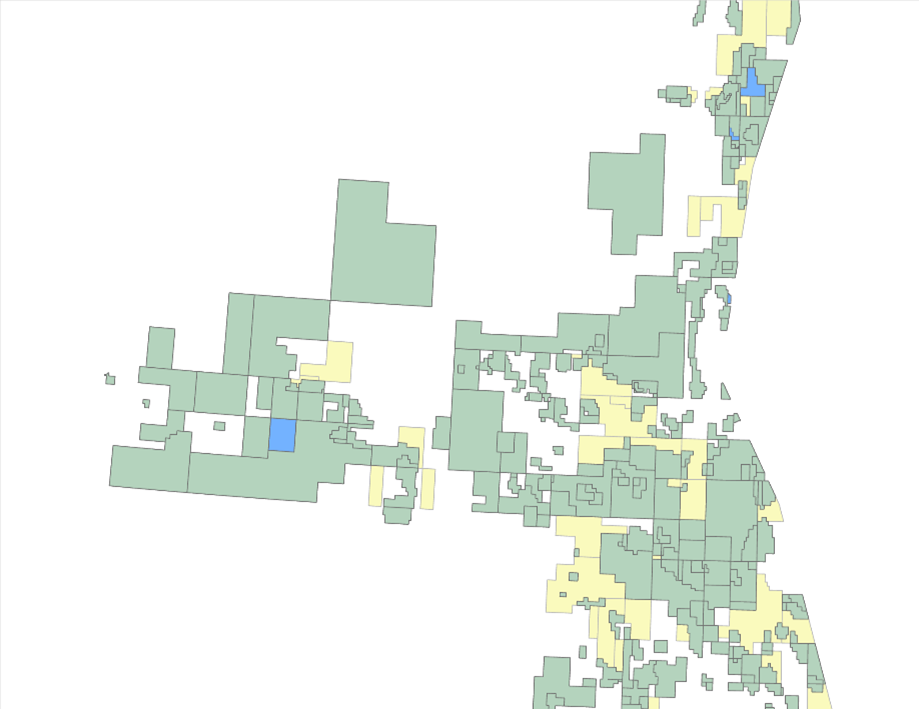 To access the Layer Blend dialog, select the layer you want to apply the blend to in your Contents pane, then click on the Feature Layer Appearance tab. The blending options are available as drop-down menus in the Effects section.

By using the Layer Blend Multiply on the February data, the display is much improved. As you can see below, this gives a much clearer result than using transparency. 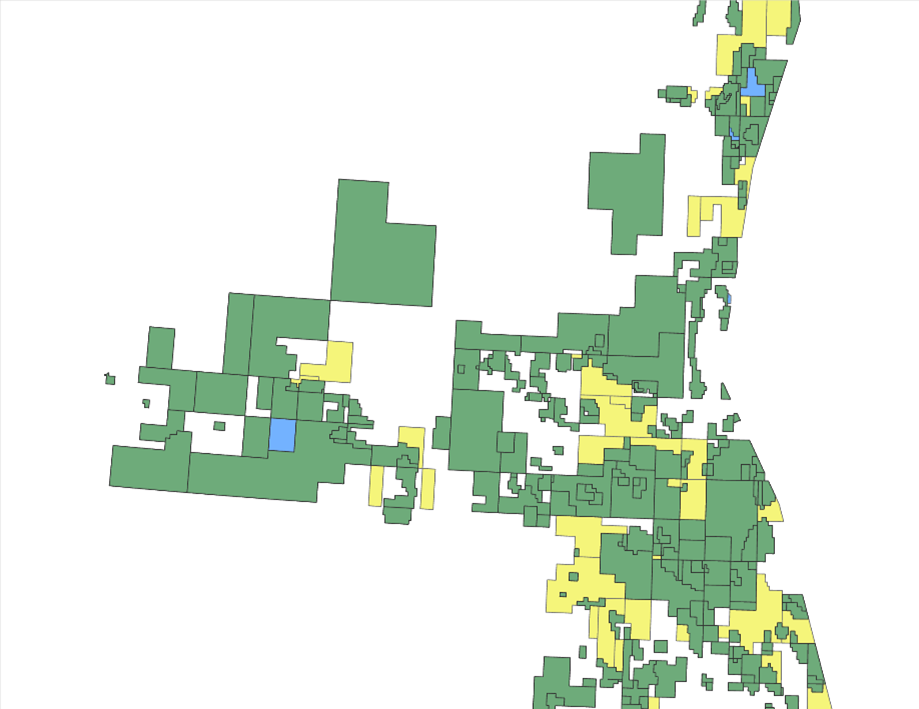 This blog just touches on the possibilities opened up by using layer blending, so why not have a play around with the tools yourself. In addition to layer blending, it is also possible to use feature blending, which is very useful for seeing overlapping polygons or densely clustered points.