Reports of the death of ArcSDE are greatly exaggerated

Reports of the death of ArcSDE are greatly exaggerated!

ArcSDE is still very much part of the Esri platform

Initially a standalone database named Spatial DataBase Engine (SDBE), acquisition by Esri in 1996 saw it rebranded to Arc Spatial Database Engine (ArcSDE). ArcSDE acted as a form of middleware, an interface between the ArcGIS application and the Relational Database Management System (RDBMS) of your choice. The product was a standalone installation until integrated into ArcGIS Desktop and ArcGIS Server at version 9.2. The release of 10.1 saw ArcSDE and the command line tools bundled with ArcGIS Server – the command line tools continued to work at 10.3 and beyond.

ArcSDE enables organisations to move from a traditional approach of managing separate collections of geographic data, to an integrated environment in which you can manage spatial data as a continuous database. Whether through simultaneous multi-user editing, collecting and updating live data from the field, applying version control to ensure data changes are tracked and managed, or synchronising multiple databases across the enterprise.

The multiuser geodatabase – which is a more current and descriptive term than ArcSDE – is a core part of the ArcGIS platform. Rather than a stand-alone product, it is a technology within ArcGIS Server. ArcGIS Server enables centralized, enterprise-level geodatabase management and server-based publication of maps and geographic information services throughout the enterprise and on the Internet as web services. This provides the core technology for implementing large-scale GIS in organizations and businesses worldwide – enabling your entire organisation to access spatial data simultaneously, anywhere, on any device.

Isn’t it just a middleman? 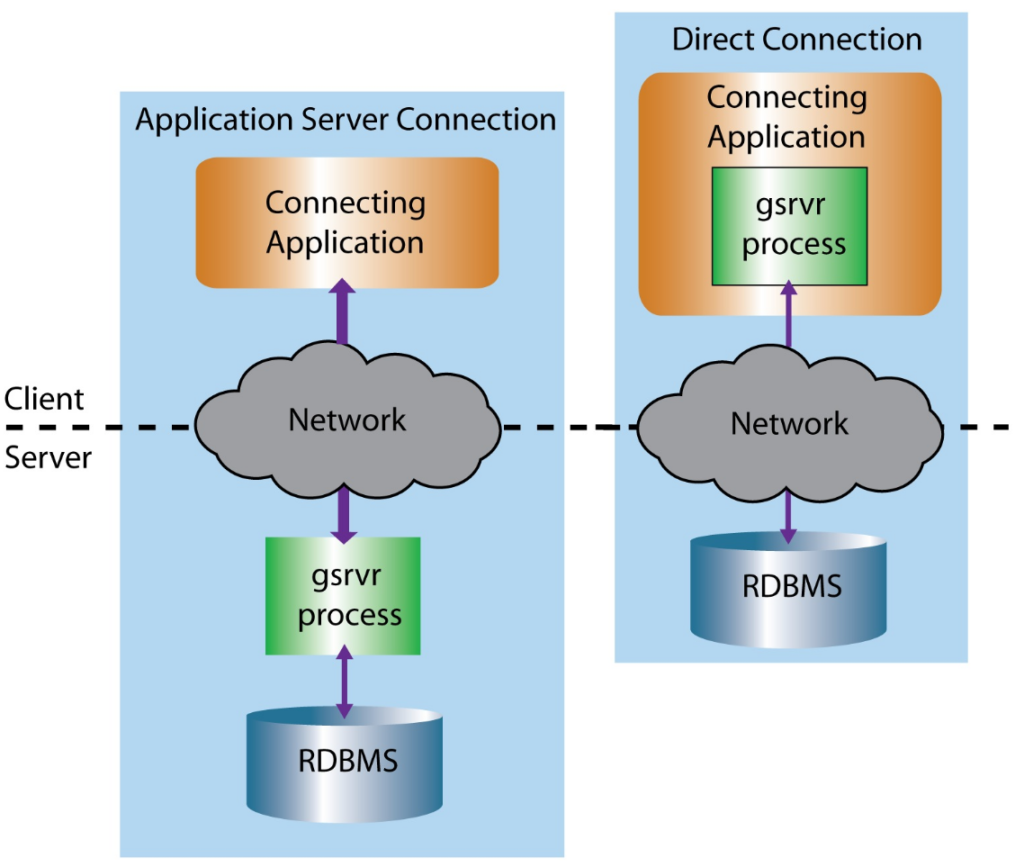 The real difference between the two connection methods is where (what machine) the work is being executed. Application server connection almost double the load compared to a direct connection.

The movement towards ‘direct connection’ as default at ArcGIS 10.3 is one key factor in the perceived death of ArcSDE – leaving many to believe that they could cut out the middleman and simply access their spatially enabled databases directly with their GIS software and maintain the same level of functionality. This is not the case. ArcSDE comprises the client (ArcGIS for Desktop, ArcGIS Pro, ArcGIS for Server), the enterprise geodatabase systems tables, and the management tools – previously known as the command line. This discussion by Esri Australia has further information on this.

In addition to direct connection being the default, ArcSDE command line tools have been replaced by geoprocessing tools in the ArcGIS clients. This is a second factor in the perceived death of SDE.

A lot of functionality has been moved over to the Geodatabase Administration tool that has been growing since its introduction at 10.1. Along with ArcPy, this gives you the ability to interact with the database – automating tasks, scheduling routines and managing the data that supports your platform implementation.

Where do we go from here?

In summary, ArcSDE is not dead, but has morphed into the multi-user geodatabase, a core part of unlocking spatial data in your business and providing a mapping platform. If you’re struggling to migrate to the platform, or worried about being left behind… contact us – we’ve been there before.