The interest in unconventional gas exploration has significantly grown over the last decade following advances in drilling technology and exploration methods for monitoring and extracting unconventional gas [1,2,3]. Shale Gas has now become a target for new exploration and exploitation. Recent articles indicate the increase in the amount of Shale Gas plays that are being considered not only within North America but in Europe and across the world [4,5,6].

Basin and play resource and reserves are frequently monitored – both for regulatory requirements and for internal company estimates. As a result, companies need to regularly assess gas in place (GIP) volumes.

Lets assume that a new drilling campaign is being developed and planned in a new onshore frontier basin. In this basin shale gas play mapping carried out by geoscientists using ArcGIS has identified possible locations to test the potential resource with an aim to create producing wells to extract the gas.

In this scenario a campaign of exploration / appraisal wells, producing wells and horizontal wells are planned and drilled over time. In order to monitor the wells over time, a reserve halo is defined around each well type at a given time snapshot during the drilling campaign corresponding to the reserve class, e.g. proved, probable, possible, etc. [7,8] . The reserve halos defined around each well, in this scenario, are fixed to an underlying grid for audit purposes. The reserve “value” for each grid cell will vary over time depending on the type of well.

The shale gas play resource is tested using exploration and appraisal wells. As the play is developed producing wells are indentified and come online with horizontal wells targeting the “proved” areas. The reserves based on these wells are calculated at various times throughout the drilling cycle.

Traditionally reserves are calculated using maps ‘mocked-up’ in spreadsheets based on measurements made by manually placing a grid over a well hardcopy map and the number of reserve class halo grid cells counted around each well location. This can be a time consuming process taking anything from hours to days depending on the number of wells attempted.

This example shows how ArcGIS can automate and improve the monitoring and management of well reserve mapping within a shale gas basin play, dramatically speeding up the old spreadsheet-based process.

ArcGIS uses location based geoprocessing to map the reserves based on a well location (point) layer and a fishnet grid that covers the shale gas play area. Rules can be defined in ArcGIS that map the reserve halos around each well (e.g. proved, probable and possible) based on the various reserve class methods commonly used within the industry [7,8].

In this example we’re using a simple reserve halo arrangement. Where a well location triggers a “seed” grid cell for a new reserve halo the selection process creates overlapping halos, thus avoiding double counting of reserves. The resulting map not only shows the spatial extent of the reserves but allows an automated summary of reserves for a given area (see Fig. 1). 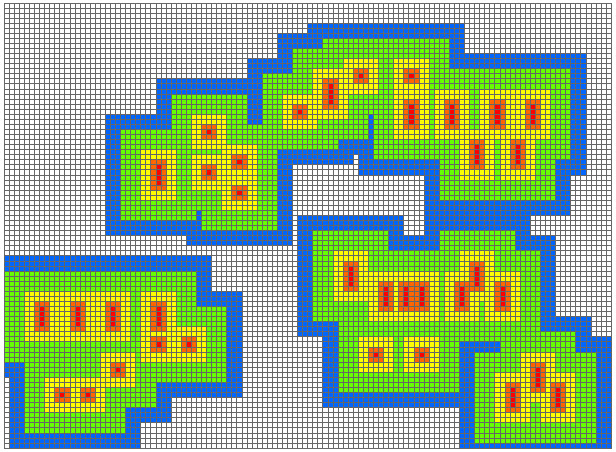 Using ArcGIS Desktop the reserve mapping process is automated – reducing the process time to just a few minutes (from hours / days). The reserve mapping results can be archived and used to assess (audit) the shale gas reserves over time. Mapping the reserves in GIS allows the user to summarise the reserves by any input polygon, e.g. play, basin, license or government boundary, etc.

ArcGIS can be used to animate the change in well class reserve over time. In this example, a number of simple reserve halos have been defined around exploration / appraisal wells, producing wells and horizontal wells showing the difference in reserve allocation over time.

The audit trail created in the GIS data attributes allows the comparison of the grid cell values over time. Within the GIS you can now quickly and efficiently compare reserves over time and see how the reserve map changes from being dominated by exploration wells, through producing wells to horizontal wells.

If the animation does not appear below you can view it at the Exprodat GIS YouTube channel. 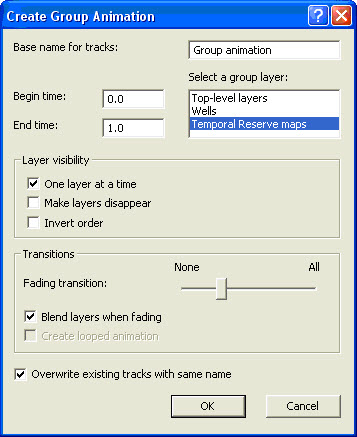 In the scenario above, automatic shale gas reserve mapping within ArcGIS has been proven to be a fast and efficient method for mapping and monitoring shale gas reserves over time, allowing:

Contact Exprodat to find out more about using ArcGIS to assist in shale gas reserve mapping.