You are here:
17th May 2016BlogsBy Alistair Maclenan

By this stage you’re probably wanting to know who’s taken out the first prize in our inaugural story map competition. In my previous two blogs I went through our honourable mentions (including our third place winner) and our runner-up. If you haven’t already give these a look.

So, without further ado:

To the victor go the spoils

In first place we have Challenging Perceptions: Journeys in the Global Oil Industry by Thierry Gregorius.

What was good about it?

I could rattle on about the likely much more complicated than it had to be score breakdown, where I fell victim to my love of complicated spreadsheets, but instead let’s take a look at what makes it good story, as that was the key to Thierry’s story map.

Right off the bat reading the title it was obvious that you weren’t going to be stuck reading facts and figures that align with everything you read in mainstream media or that Tom’s told you about the oil crisis at the water cooler. This story aimed to show the oil industry’s many human faces.

What I’m not going to do

Is to recount the entire story here, robbing you of your chance to take a look yourself, but I will touch briefly on a couple of the perceptions that I found the most contrary to my own thinking, namely rednecks and gender equality (please note these are my personal opinions and not those of Exprodat). Some quite valid challenges to common perceptions (or as they’re more simply known in some circles – misconceptions) are provided with a few elements of shock factor to ensure you’re awake. 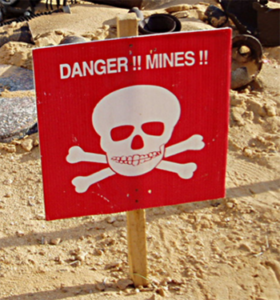 Now onto the maps

Interestingly this story map was more heavily focused on the story than the map content. Many stories could benefit from additional information, though in this instance a light touch was all that was needed, taking the reader from place to place. We all know that information overload can kill a map, and the simplicity has ensured that the story comes through strongly by simply taking you along on the journey.

What can we do for our next Story Map competition?

2. Incorporate the new AGOL elements such as the now inbuilt Analysis Toolset and the new Story Maps that Esri releases, such as Cascade.

And that’s a wrap!

A massive thanks again to all that have contributed both time and effort to the competition, it has been quite a lot of fun.

To see all of the entries check out our S&SC Story Map Competition page.

So why not give making a Story Map a go? The tools are there, all you need is a story to tell.