Selecting features in ArcMap is usually pretty straightforward, particularly when there are only a few records in a dataset. In such cases, the required features can simply be selected either from the Attribute Table, or from the map by clicking on an individual feature or “rubber-banding” multiple features. But when using layers where the features are widely distributed, it can be trickier.

In this example, I have a dataset of thousands of wells, but I’m only interested in a small number in 2 discrete areas. The wells are part of a group layer called ‘Wells’, where red symbols represent Exploration wells and black symbols represent Development wells.

Let’s assume that I want to select wells from 2 different geographic areas of interest, as shown in the image below. 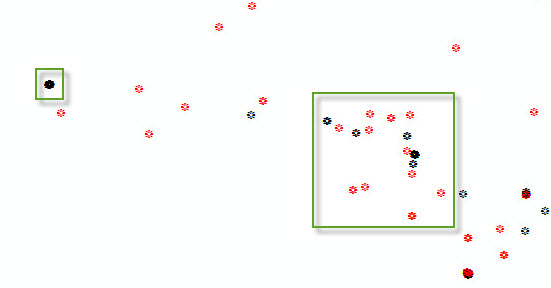 Here is one way to select the required wells.

1. Using the Select Features tool, drag a “rubber-band” selection around the larger group of wells. When selected the wells will appear highlighted. 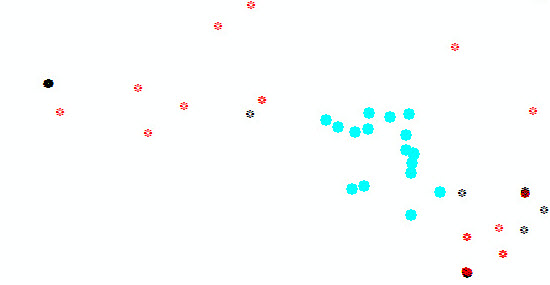 2. Holding down the [Shift] key, repeat the same for the other area. As this area has just a single well location you can click on it individually or draw another rubber band around it to select it. Again, the well will appear highlighted once selected.

Exporting your selection to a new feature class

Let’s assume that you now want to have a layer that only has the selected wells in it. This is easy to do if you export the layer to a new feature class, as follows:

1. Save all well selections by choosing Data > Export Data, change the Export setting from “All features” to “Selected features” and save out to a File Geodatabase for the new Feature Class. 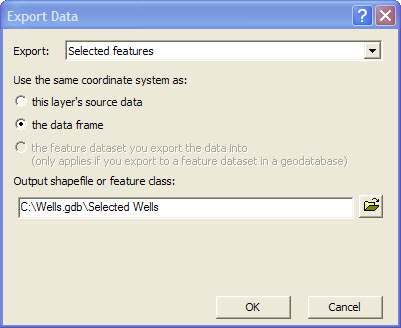 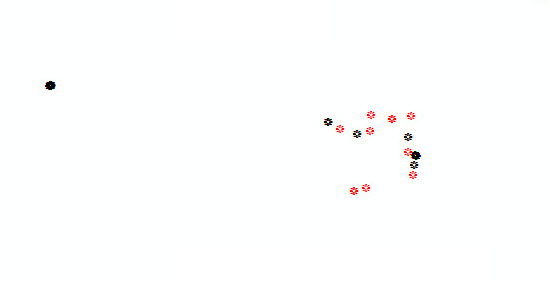 These simple steps result in the desired selections being saved as a new layer, retaining the symbology of the original dataset.