Turning Seismic Data into a Voxel Layer in ArcGIS Pro

A voxel layer represents multidimensional spatial and temporal information in a 3D volumetric visualization. For example, think of a room. Imagine the room divided up into points, each one metre apart. Every point will have a particular (x, y, z) coordinate. The coordinate is the distance from a particular corner of the room. At any given (x, y, z) point a data value (e.g. temperature) can be measured, so we have temperature as a function of (x, y, z). As we move around the room to other points, the temperature changes — increasing near the heat of spotlights and decreasing near a glass of cold beer.

You can visualize atmospheric or oceanic data, a geological underground model, or space-time cubes as voxel layers. You can use voxel layers to explore spatial relationships with other content. For example, an underground model visualized as a voxel layer can be viewed together with boreholes or construction that is planned in an area.

We thought a voxel layer would be an excellent container for 3D seismic amplitude information due to it also being volumetric, regularly gridded data. 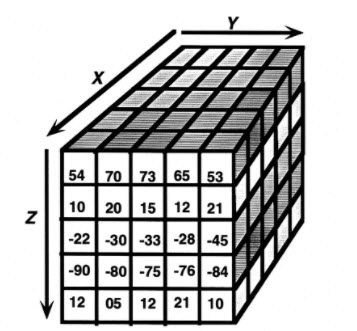 This blog describes how we implemented a repeatable workflow incorporating a custom Python toolbox to ingest 3D seismic data from Petrel into NetCDF format.

1 – Exporting the seismic data from the interpretation project

Seismic data is essentially soundwaves shot into the ground with the response time recorded, and different seismic amplitudes are created depending on whether a rock layer is softer or harder than what is above it. A 3D seismic amplitude volume is like the room-temperature example in our introduction above except for two key differences:

We had a relatively small seismic cube measuring approximately 24 kms by 16 kms by 1.8 seconds. NetCDF format is a regular matrix of cubes meaning that each cube has the same dimension in X, Y, and Z directions. To ensure the output was a close representation of the seismic we decided to make timeslices that were vertically spaced close to the lateral spacing of 25m. 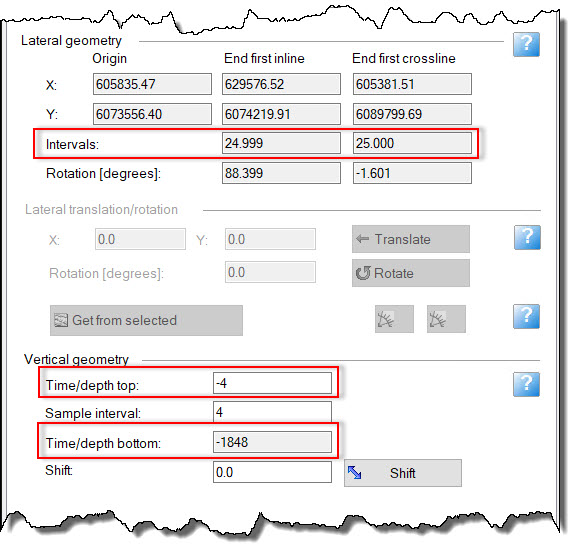 Performing an approximate time to depth calculation using a constant velocity value gave us a value for the cube’s thickness in metres, which allowed us to define the number of slices we needed to generate: 92.

The next step was to extract the 92 time-slices from the interpretation package (Petrel). To do that we used a useful tool where you can extract the mean amplitude over a repeated time window. The settings for which are shown below.

Unfortunately, Petrel did not have an option to export straight to a .tif format raster so we exported those time–slices into a format which we could easily import into ArcGIS Pro using our Data Assistant add-in, e.g. ZMap+ grid format. 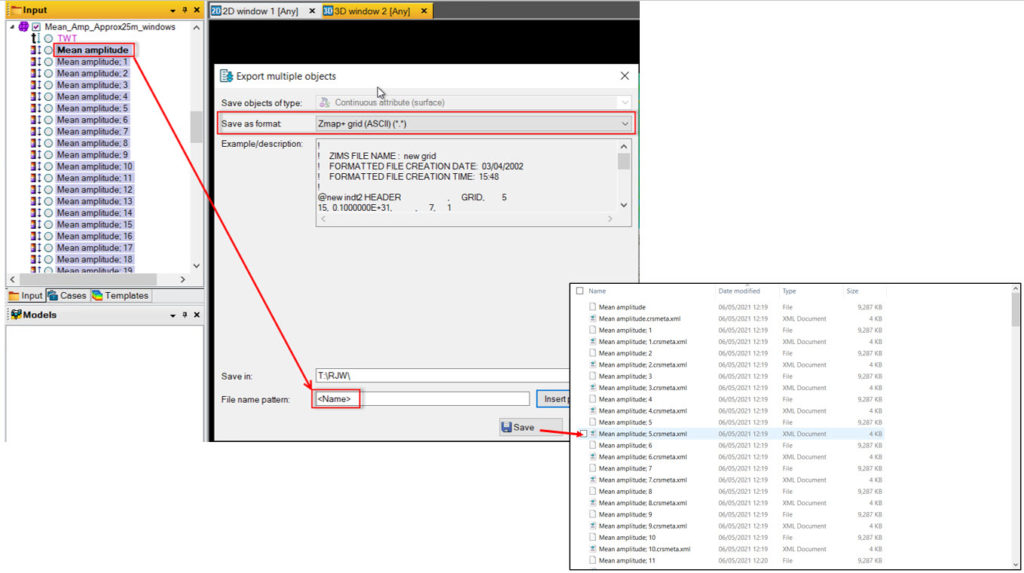 Figure 4: Exporting the timeslices from Petrel 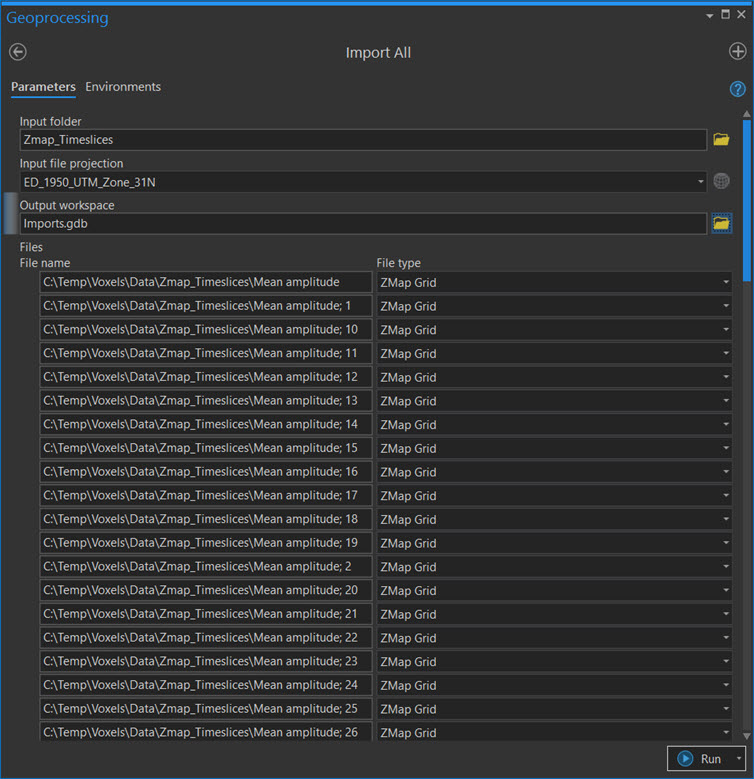 We then used the ‘Copy Raster’ ArcGIS Pro geoprocessing tool in ‘Batch’ mode to convert these rasters into a .tif format ready to input into our Python toolbox.

Python toolboxes are ArcGIS geoprocessing toolboxes created entirely in Python. A Python toolbox and the tools contained within it look, act, and work just like regular ArcGIS toolboxes.

Tools in a Python toolbox within ArcGIS provide many advantages, such as: 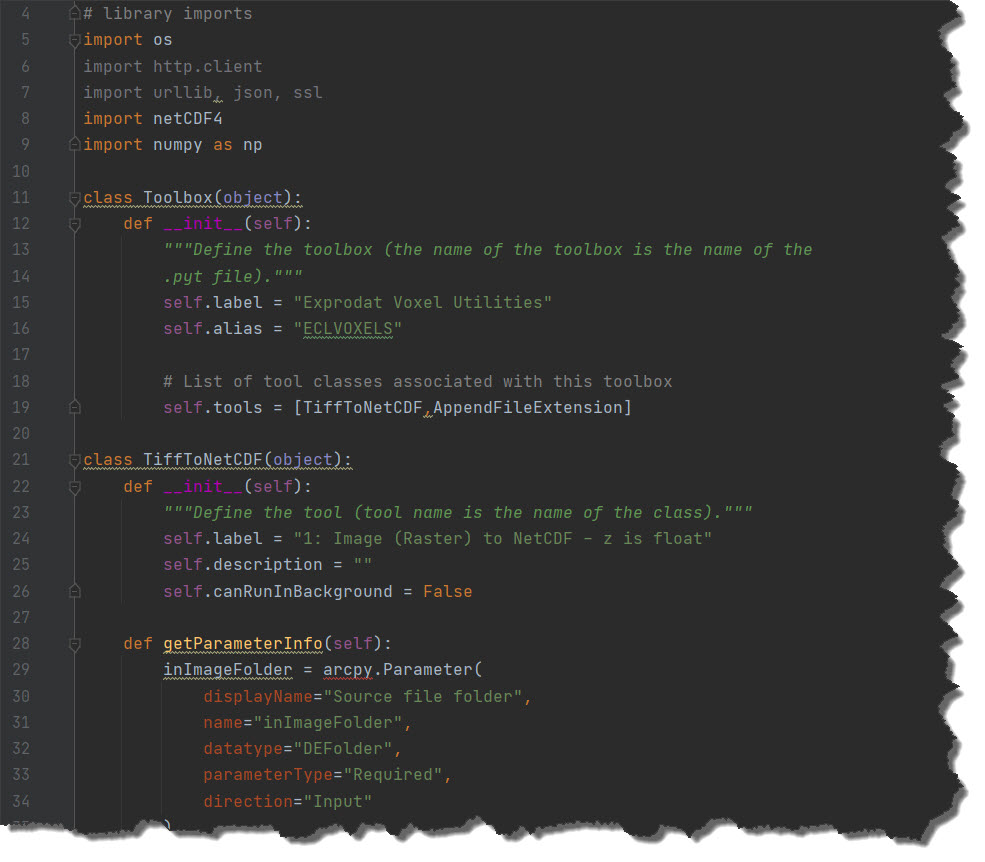 Figure 7: We used PyCharm to create and edit our toolbox

We created a Python toolbox tool that allows the following workflow to be executed and easily repeated: 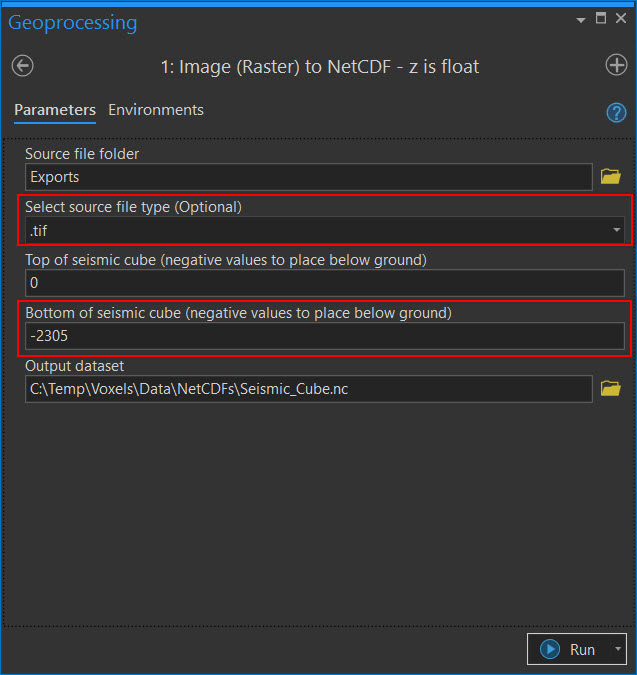 We added the new NetCDF file to an ArcGIS Pro 3D Scene by navigating to the Map tab and clicking Add Data > Multidimensional Voxel Layer. We then selected the NetCDF as the Input Data Source and selected the seismic amplitude attribute ‘AMP’. 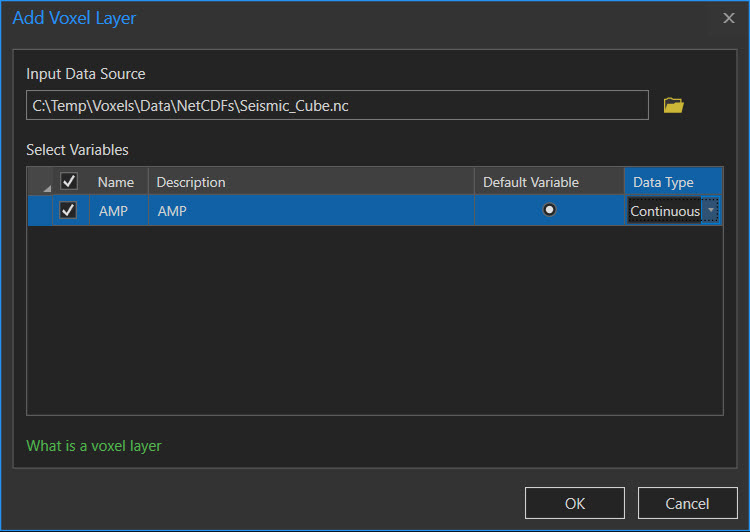 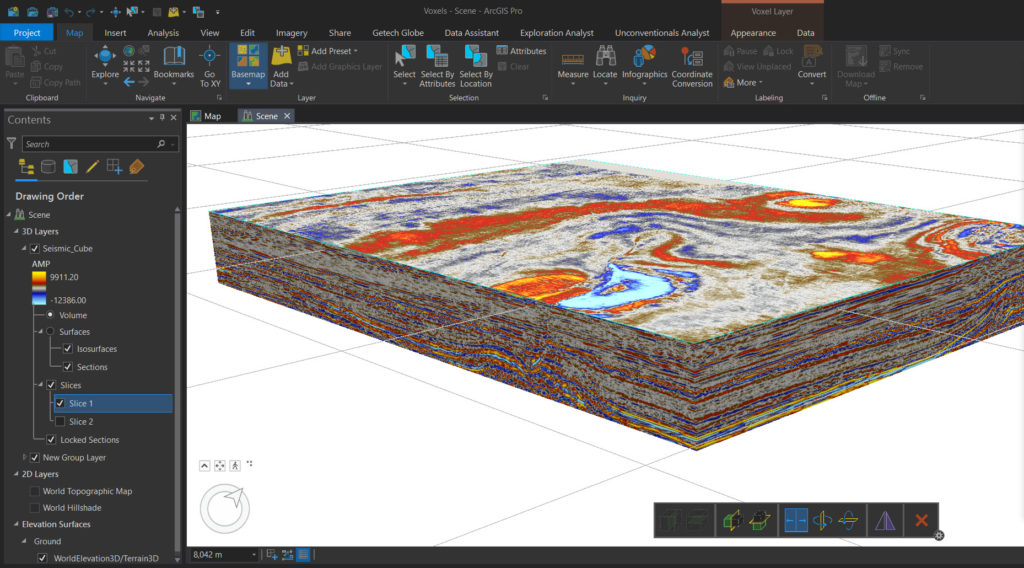 Figure 10: Our voxel layer in a 3D Scene within ArcGIS Pro

We then investigated the built–in voxel visualisation functions including cutting across a particular fault of interest using the slice tool. Check out the video below of us cutting through the cube.

The machine on which the video was rendered is a Dell XPS laptop with a 4GB nVidia GeForce GTX 1050 graphics card, an Intel I7-7700HQ CPU and 32Gb RAM.Finally, we explored the Data Filter and Transparency functions. In the screenshot below I have essentially cut out all the seismic amplitudes that do not represent a “very soft rock”. I would love to do that on a seismic cube with a calibrated sand presence amplitude (for those unfamiliar you can generate a seismic cube which has a particular amplitude range representing sandstone by calibrating the cube against wells). Just imagine the geobodies you could visualise!