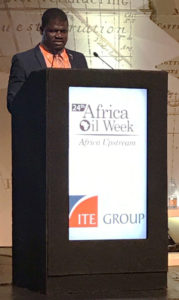 The Director General of the Petroleum Directorate of Sierra Leone (PDSL), Raymond Kargbo, announced at this week’s Africa Oil Week Conference in Cape Town, South Africa, that his country’s Fourth Offshore Petroleum Licensing Round will take place between mid-January and the end-May 2018.

This License Round will be exclusively supported by the Getech Group (AIM; GTC), through its wholly owned subsidiary ERCL.

ERCL and the Petroleum Directorate have worked together since 2016 to provide the data that investors will require to review Sierra Leone’s proven prospectivity. Through Data Rooms in Freetown and London, investors can access a huge range of technically-rich information, including:

The 3D seismic data and wells are available to license from the PDSL and will be delivered by ERCL.

‘’The Getech Group is proud to be working in partnership with the Petroleum Directorate of Sierra Leone during this exciting new phase for the country’s petroleum sector. Located on a margin that is bookended by major discoveries in Senegal/Mauritania and Ghana, Sierra Leone’s offshore waters contain proven petroleum systems that we believe to be conjugate to major discoveries in South America.”

“As exploration interest steps up in the neighbouring waters of Guinea, potential investors are able to access an extremely high quality technical database to assist in their evaluation of the undoubted potential of the Sierra Leone margin. We look forward to the Fourth
Licensing Round and assisting the Directorate in attracting investment in the upstream petroleum sector of Sierra Leone’’ 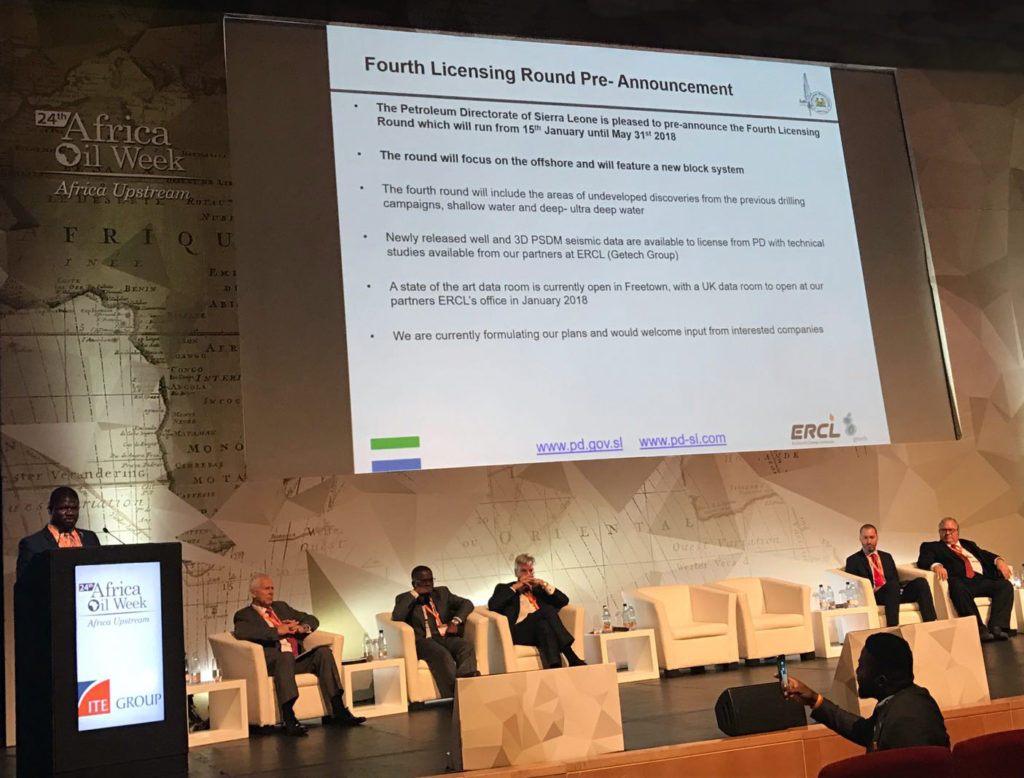 Raymond Kargbo, makes the announcement on the stage of Africa Oil Week Conference in Cape Town