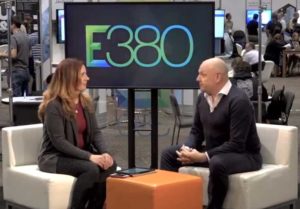 During the 2016 Esri Business Partner Conference in Palm Spring, California the E360 Video Team sat down with Exprodat’s Technical Director, Chris Jepps to find out more about the company’s award-winning Story Map.

Earlier in the conference, it was announced that Exprodat had won the prize for ‘Best Use of Story Maps outside the Enterprise‘ and the four Directors of the Company were there to receive the award from Esri CEO, Jack Dangermond and his senior team.

You can read more about how the technical and marketing departments worked together to produce a map that tells the story of ongoing Russian developments in their national pipeline industry here: From Pipe Dreams to Reality and watch Esri’s E360’s video to hear what Chris had to say on the same subject.