The potential impact on oil and gas businesses caused by CRS mismanagement and inaccuracies can be high:

The Esri ArcGIS product suite, in common with most GIS systems, can visualise and manage geographic data specified by coordinates referenced to the earth in different CRSs.  The desktop mapping component of ArcGIS Desktop, ArcMap, can correctly align layers of geographic data referenced and stored in different CRSs within the same data frame.  This functionality is often referred to as “projecting on-the-fly” and ArcMap undertakes coordinate operations to align layers of geographic data without changing the underlying data itself.  To facilitate this, each geographic dataset in ArcGIS has a CRS property indicating the CRS in which the coordinates are referenced to the earth (or “unknown” if the CRS is either not known or has not been set). 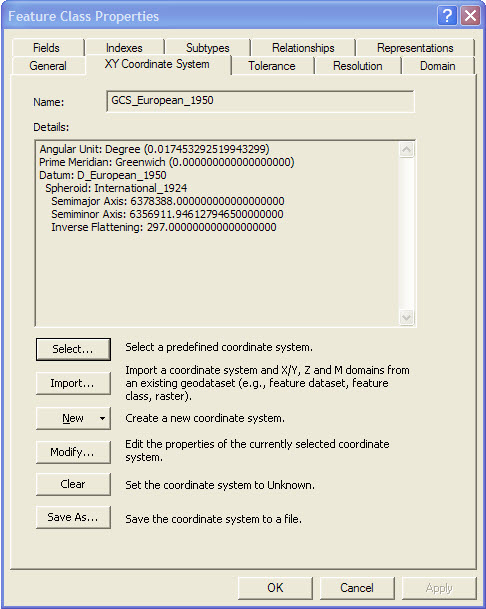 Exporting data for use in other technical systems

Converting a dataset’s feature coordinates to a different CRS is a common requirement of a GIS.  The data can then be exported and used in other technical systems that are only capable of displaying data referenced in the same CRS. 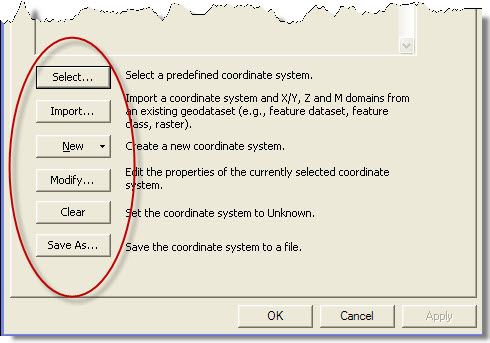 As can be seen above, the Feature Class Properties Dialog allows the CRS property of the data to be changed using the Select, Import, New, Modify and Clear buttons.  So does this convert feature coordinates of the data to a different CRS?

Well, no!  It only updates the CRS property of the dataset – it does not alter the actual values of feature coordinates.  As identical coordinate values referenced in different CRS do not refer to identical locations on (or under) the earth, the outcome is ArcGIS will incorrectly interpret the CRS and the data will be misaligned.  Effectively, the features will be incorrectly located.

The magnitude of the misalignment depends on the CRSs and the region involved.  For example, with two geographic CRSs, WGS 1984 and European Datum 1950, coordinates in the region of the Brent oil field in the North Sea are misaligned by ~110m – a significant amount if the GIS is the definitive source of truth for subsea infrastructure. 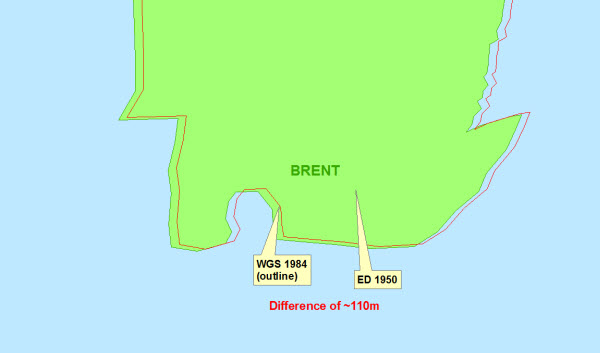 With projected CRSs, resetting the CRS property from ED50 / UTM zone 31N to ED50 / UTM zone 32N can lead to gross and significant errors.  The location of the Brent oil field is found around 320 km away on the Norwegian mainland. 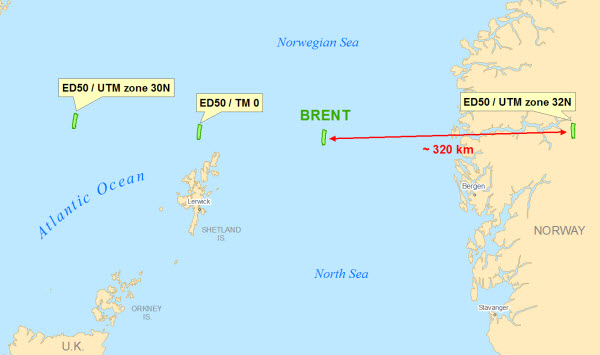 To make things worse, changing the CRS property in this way does not leave an audit trail in the dataset’s metadata record, making it difficult for future users to diagnose and trace the positioning errors.

Changing the CRS of a dataset’s coordinates

There are two ways to convert feature coordinates to a different CRS using ArcGIS.  Both methods create a new dataset and do not change the original dataset.

First, the CRS of the data frame should be set to the target CRS, then the data exported using the same CRS as the data frame.  If a coordinate transformation is required, this must be set in the data frame prior to exporting the data, otherwise the exported data may be incorrectly located. 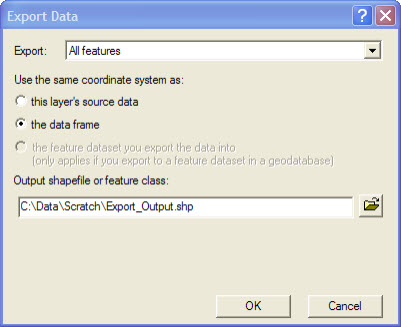 The Project tool and Project Raster tool can be found in the Projections and Transformations toolset in the Data Management toolbox. 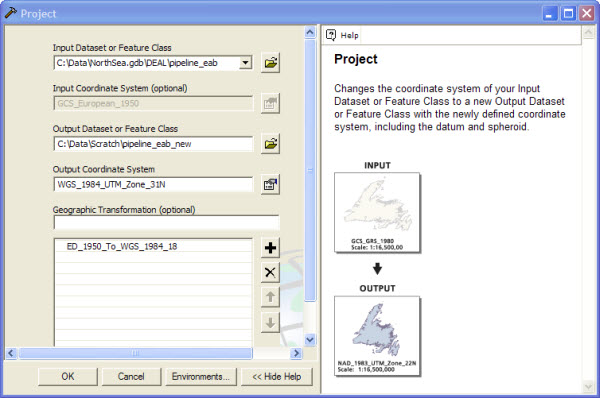