Zen your GIS strategy: part I

“All great truths begin as blasphemies,” wrote the playwright George Bernard Shaw. So let’s get the ball rolling with some simple truths about GIS:

A five-year old is better at GIS than most companies.

Geographic information systems have been around for over 40 years. So it may be surprising that even today, many organisations still struggle with the simple concept of extracting value from map-enabled data. Meanwhile, any five-year old can fire up Google Maps and get directions to the nearest toy shop. What’s going on? 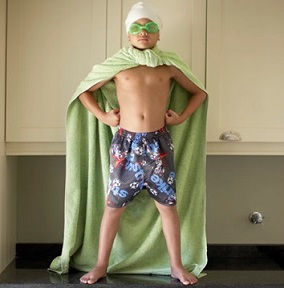 On the way to world domination.
(Photo: Microsoft Clipart)

GIS is not rocket science.

To start with, let’s take a look at ourselves. We, the geospatial profession, have a tendency to overcomplicate things. By our very nature we are curious creatures and can’t help tinkering with technology. As a result we end up bamboozling people with new solutions, and the future is always brighter if you just wait for the next release.

GIS is pretty simple, really. It enables people to visualise, join up and analyse data spatially. Even for the most sophisticated data analysis, the common wisdom from the world of data science is that more data beats better algorithms. Of course, more data also leads to more data management headaches, and this is indeed what companies spend much of their time on. But rocket science it ain’t – no matter how much we would like it to be. And we certainly won’t turn it into rocket science by calling it ‘big data.’

A GIS isn’t about the GIS.

Having established that GIS isn’t rocket science, we also need to accept that a successful GIS implementation isn’t about GIS at all. In the energy industry it’s about finding new reserves and bringing them to market. Or depending on your particular industry, it may be about delivering water supplies, building bridges, or growing food. Whatever the case, GIS is just a means to an end – never the end goal.

No matter how elegant your information architecture, no matter how beautiful your app, if it is not directly supporting a tangible target – spelled out explicitly in the business strategy – you might as well be implementing a stack of pancakes with maple syrup. A successful GIS implementation has to keep its eye on the big picture. 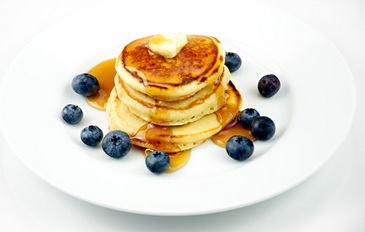 Whilst you may well agree with these fundamental truths, the solution still eludes many organisations. This is where designing a good strategy comes in.

The world of design has a long track record in making things usable and useful. Designers have moved beyond mere aesthetics or functionality: they look at the whole system. And that means people. Their human-centred approach is so fundamental to design that they simply call it ‘Design Thinking.’ It’s all about looking at things from a human point of view before designing a solution. And in doing so, the solutions sometimes even design themselves.

For example, as an architect you shouldn’t design pathways around a new building. Instead, just grass over the whole area and see where people walk. Once the tracks are trodden in you can pave them. The design will have come from the people – you just provided the framework by putting the building in its place.

Designing a GIS strategy is the same. You need to start with the big building blocks. And a GIS is a system of people, information and technology – in that order.

Say your job is to find new oil. First, that job needs to be broken down into discrete tasks that people will do, whether to interpret seismic or map play fairways. Once these objectives are established, the next step is to gather the datasets required for each task. The final step is to bring it all together in a meaningful way (i.e. defined workflows), using whatever tools are most appropriate to the task.

You don’t start by picking a technology, then wonder what data it can process, and then figure out what job you can do with it. When spelled out like this it sounds obvious, but it is surprising how often it still happens the wrong way round.

A good GIS strategy needs to focus on people and join the dots around them. In the second and final part of this blog post I will look at how to do this, using a simple philosophy which shares many similarities with design thinking: Zen.